The issue of the General Anti Avoidance Rule (GAAR) has dominated the news recently and there are fears that GAAR will discourage foreign investment in India.  However, tax avoidance can hinder public finance objectives and it is in this context GAAR was introduced in this year’s Budget.  Last week, the Finance Minister pushed back the implementation of GAAR by a year. What is GAAR? GAAR was first introduced in the Direct Taxes Code Bill 2010.  The original proposal gave the Commissioner of Income Tax the authority to declare any arrangement or transaction by a taxpayer as ‘impermissible’ if he believed the main purpose of the arrangement was to obtain a tax benefit.  The 2012-13 Finance Bill (Bill), that was passed by Parliament yesterday, defines ‘impermissible avoidance arrangements’ as an arrangement that satisfies one of four tests.  Under these tests, an agreement would be an ‘impermissible avoidance arrangement’ if it  (i) creates rights and obligations not normally created between parties dealing at arm’s length, (ii) results in misuse or abuse of provisions of tax laws, (iii) is carried out in a way not normally employed for bona fide purpose or (iv) lacks commercial substance.

As per the Bill, arrangements which lack commercial substance could involve round trip financing, an accommodating party and elements that have the effect of offsetting or cancelling each other.  A transaction that disguises the value, location, source, ownership or control of funds would also be deemed to lack commercial substance. The Bill as introduced also presumed that obtaining a tax benefit was the main purpose of an arrangement unless the taxpayer could prove otherwise. Why? GAAR was introduced to address tax avoidance and ensure that those in different tax brackets are taxed the correct amount.  In many instances of tax avoidance, arrangements may take place with the sole intention of gaining a tax advantage while complying with the law.  This is when the doctrine of ‘substance over form’ may apply.  ‘Substance over form’ is where real intention of parties and the purpose of an arrangement is taken into account rather than just the nomenclature of the arrangement.  Many countries, like Canada and South Africa, have codified the doctrine of ‘substance over form’ through a GAAR – type ruling. Issues with GAAR A common criticism of GAAR is that it provides discretion and authority to the tax administration which can be misused.  The Standing Committee responded to GAAR in their report on the Direct Taxes Code Bill in March, 2012. They suggested that the provisions should ensure that taxpayers entering genuinely valid arrangements are not harassed.  They recommended that the onus should be on tax authorities, not the taxpayer, to prove tax avoidance.  In addition, the committee suggested an independent body to act as the approving panel to ensure impartiality.  They also recommended that the assessing officer be designated in the code to reduce harassment and unwarranted litigation. GAAR Amendments On May 8, 2012 the Finance Minister amended the GAAR provisions following the Standing Committee’s recommendations.  The main change was to delay the implementation of GAAR by a year to “provide more time to both taxpayers and the tax administration to address all related issues”.  GAAR will now apply on income earned in 2013-14 and thereafter.  In addition, the Finance Minister removed the burden upon the taxpayer to prove that the main purpose of an alleged impermissible arrangement was not to obtain tax benefit.  These amendments were approved with the passing of the Bill. In his speech, the Finance Minister stated that a Committee had also been formed under the Chairmanship of the Director General of Income Tax.  The Committee will suggest rules, guidelines and safeguards for implementation of GAAR.  The Committee is expected to submit its recommendations by May 31, 2012 after holding discussions with various stakeholders in the debate. 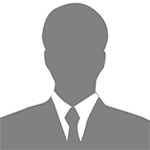