The Repealing and Amending Bill, 2014 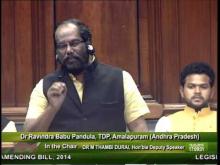 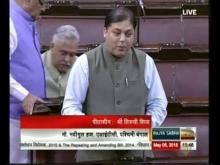 Nadimul Haque speaks in RS on the Repealing and Amending Bill, 2014

Nadimul Haque speaks in RS on the Repealing and Amending Bill, 2014