The Chartered Accountants, the Cost and Works Accountants and the Company Secretaries (Amendment) Bill, 2021 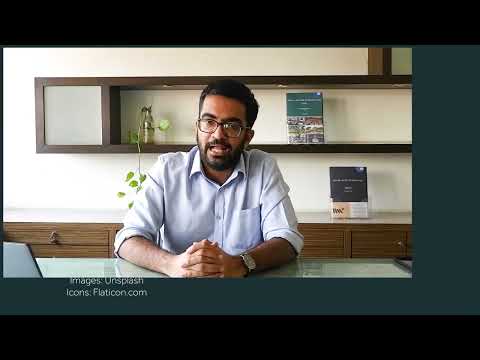 Though the President will have a non-executive role, he will be held responsible for implementation of decisions of the Councils

According to the Companies Act, 2013, every company has to appoint a chartered accountant or a CA firm to audit its accounts.  In case of certain companies, the central government can direct conduct of cost audits by cost accountants.  The Companies Act, 2013 also requires certain classes of companies to appoint a company secretary (CS) to ensure compliance with provisions of the Act.

In recent years, India has seen several frauds and scandals, which have brought into focus the role and effectiveness of the statutory audit by independent auditors.[1]   For instance, in January 2009, the chairman and managing director of Satyam Computer Services Limited revealed that the books of accounts of the company reflected fictitious cash and bank balances worth Rs 5,040 crore.[2]   In October 2018, the central government decided to supersede the board of IL&FS after the systemically important non-banking finance company had a series of defaults in debt repayment in August and September 2018.[3]   The company was under pressure to service debt of around Rs 91,000 crore due to mismanaged borrowings in the past.3

In the backdrop of a major fraud at Punjab National Bank in 2018, the central government setup the National Financial Reporting Authority (NFRA) under the Companies Act, 2013.1   NFRA is empowered to investigate matters of professional or other misconduct by chartered accountants or firms of chartered accountants.  This was a move away from self-regulation of the profession of chartered accountancy as was followed so far.  The CA, CWA and CS (Amendment Bill), 2021 seeks to strengthen the accountability of practitioners and firms by making the disciplinary mechanisms more independent, registering firms, and increasing penalties.

Role of the President of the Council

The Statement of Objects and Reasons of the Bill states that it seeks to address the conflict of interest between the administrative and disciplinary arms of the Institutes.  To achieve this, the Bill proposes to change the composition of the two disciplinary entities to allow for more external representation.  However, these external members will be selected from a panel of persons prepared by the three Councils.  Thus, while the Bill reduces the role of the three professional Institutes with respect to representation on the Board of Discipline and the Disciplinary Committee, it continues to rely on the Councils for nominating the external members.  Note that under the current framework, the external members on the Disciplinary Committee of the three professions are nominated by the central government independently.  Under the CA Act, the central government independently nominates one member on the Board of Discipline.  It is unclear how the conflict of interest between the disciplinary and administrative functions will be addressed if the Councils continue to be involved in recommending who could be on such disciplinary entities.

Role of Coordination Committee may overlap with that of the Institutes

The three Acts set up respective Institutes and Councils.  These bodies approve academic courses, conduct examinations of candidates, prescribe qualifications for entry of names in the register of members, and regulate and maintain the status and standards of professional qualifications of their members.  The Institutes also have respective coordination committees for coordination among the three bodies.

Non-executive Presidents may be held accountable for implementation

The Bill seems to be turning the position of President in the three Councils into a non-executive role.  The secretaries of the respective councils are being designated as chief executive officers.  However, the Bill holds the respective Presidents responsible for implementing the decisions taken by the Councils.  It is unclear how the President will ensure that the decisions taken by the Council are implemented when at the same time, the secretary is proposed to carry out the administrative functions of the Institute as its chief executive officer.  The Bill seems to be separating the responsibility for governance and execution by prescribing separate roles for the President and Secretary of the Council.   However, holding the President responsible for implementing decisions, which is an executive role, may be against the framework of separation of powers as proposed in the Bill.

Disclosing details of cases being investigated may harm reputations

The Bill provides for disclosure of pending complaints or actionable information against members of the Institutes and firms registered with them.   For the three professions, the Board of Discipline or the Disciplinary Committee decide whether a member is guilty of an alleged misconduct.  Publishing details of members or firms found guilty (and imposition of any penalty) may be useful information for prospective and current clients.  However, recording details of pending complaints in the register of members and register of firms before they are found guilty may adversely impact their reputation.

Regulators of other professions, such as doctors, publish details only of those blacklisted or suspended from practice.  According to the National Medical Commission Act, 2019, the Ethics and Medical Registration Board and State Medical Councils are required to maintain the National Register and State Register respectively.[4]  These registers contain details such as the name, address, and all recognised qualifications of licensed medical practitioners. While the Indian Medical Register contains details of doctors who have been blacklisted along with dates of suspension and revocation of suspension (if applicable), it does not contain details of pending complaints against doctors.