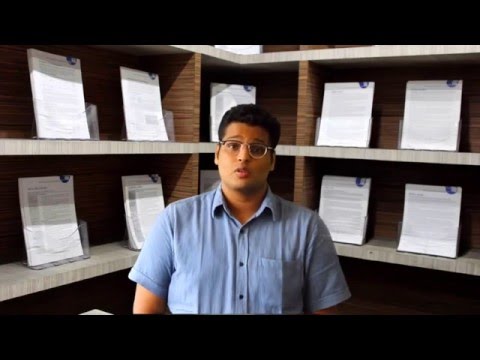 As per the Constitution, both Parliament and state legislatures can make laws on electricity.[5]  The Electricity Act, 2003 is the central law regulating the electricity sector.  The 2003 Act sought to introduce more competition in the sector by enabling private sector participation.6

While the generation segment has seen some private participation, competition in the transmission and distribution segments has been limited.[6]  Power is generated by private (38%), state (35%), and central (27%) generating companies.[7]  Transmission lines are owned mostly by state (57%), followed by central (37%), and private (6%) companies.[8]  Distribution is mostly carried out by state owned distribution companies.  However, in cities such as Delhi and Mumbai, private entities also participate in the distribution business.6

The 2003 Act introduced competition in the generation segment by de-licensing it to allow more investment.  The Act enabled larger consumers (with consumption more than 1MW) to buy power from any source through non-discriminatory access to transmission lines.[9]  In the distribution segment, multiple licensees could set up their own parallel distribution network in the same area, allowing for competition.[10],[11]  However, setting up a new network requires significant capital investment which poses entry barriers for new participants in the distribution segment.6

The Electricity (Amendment) Bill, 2014 was introduced in Lok Sabha on December 19, 2014.  The Bill amends the 2003 Act to: (i) bring in further competition and efficiency in the distribution sector, (ii) rationalise tariff determination, and (iii) promote renewable energy.[12]

Segregation of distribution network and retail supply of electricity

Conditions of service of commission members

Government supply companies may not work on market principles

Under the Act, a distribution licensee is responsible for maintaining the distribution network as well as supplying electricity.

In order to encourage competition in the supply of electricity, the Bill segregates these two functions.  It allows multiple supply licensees to operate in a given area of supply.  However, the Bill requires that one of the supply licensees in a given area of supply must be a government owned company.  Mandating the presence of a government owned company may hinder competition if that company does not work on market principles.  That is, a private supply company will be unable to recover costs and make reasonable profit if a government supply company in the same area provides electricity below the cost of supply.

The Bill states that all revenue deficits prior to the enforcement of the Bill will be recovered.  However, there is no certainty that after segregation of distribution and supply, when there are no prior financial losses, government owned supply companies will price tariffs to cover costs.  The same factors that currently lead them to keep tariffs low could continue to shape their tariff decisions.  Mandating the presence of a government owned company may eventually drive out other supply licensees for whom it may be financially unviable to offer tariffs that do not cover costs.  This may affect the intent of the Bill to bring in competition in the supply segment.

However, it may be noted that keeping tariffs artificially low by any dominant supplier may violate the provisions of the Competition Act, 2002 related to predatory pricing.[16]

The Bill states that all revenue deficits prior to the enforcement of the Bill will be recovered.  In this context, we explain some of the issues leading to such deficits in the electricity sector.

Discoms are required to file their tariff petitions annually with the relevant SERC.  Many state-owned discoms did not file tariff revision petitions for multiple years during 2003 to 2011.13  State discoms in states such as Bihar, Karnataka and Punjab did not revise their tariff between 2008 and 2011, in spite of an increase in the cost of electricity.13  During the same time period, the cost of power supply in these states went up by 12%, 10%, and 29% respectively.  Not increasing tariff commensurate with the cost of supply has resulted in accumulated losses for the discoms.14  The accumulated losses of state-owned discoms (after adjusting for subsidies received from state governments) rose to Rs 71,271 crore in 2013-14 from Rs 11,699 crore in 2004-05.[17]

Aggregate Technical and Commercial (AT&C) loss is the percentage of power procured by the discom for which it did not receive any payment.  AT&C losses can be divided into technical (transmission) losses and non-technical (commercial) losses.  Low levels of investment in distribution have resulted in overloaded systems, leading to higher technical losses.  Theft and pilferage of power is a key reason for high commercial losses for discoms.  Lack of metering and poor billing and collection systems also contribute to commercial losses.

The national average for AT&C losses for 2012-13 was about 25%.[18]  In comparison, transmission and distribution losses are about 6% in the US and about 7.2% in the UK.[19], [20]  The government launched the Accelerated Power Development Program in 2001 to bring improvements in the working of state power discoms.  The scheme is currently being implemented as the Restructured - Accelerated Power Development and Reform Programme.  Despite attempts at reforms, reduction in AT&C losses (1.1% per annum between 2001-02 and 2013-14) has been slower than the target.[21]

In November 2015, the central government announced the Ujwal Discom Assurance Yojna (UDAY) for the financial revival of distressed state discoms.[22]  Under the scheme, states will take over 75% of the discoms' debt (as on September 30, 2015) over two years (50% in the first year and 25% in the second year).  The principal debt will not be counted in the fiscal deficit of states for the first two years.  States that accept the scheme will receive additional benefits from the central government, such as additional funding, supply of additional coal at notified prices and low cost power.  The outcome targets include reduction of AT&C losses to 15%, and eliminating the gap between average cost and tariff by 2018-19.  The scheme will be optional for states.

Lack of financial support for the provider of last resort

Some countries that have a provision for a POLR provide financial support for such a supply licensee.  In the United Kingdom, the Gas and Electricity Markets Authority, under the Electricity Act, 1989 provides for a Last Resort Supply Payment.[23]  It is a sum of money payable to the licensee to compensate for any additional costs it incurs in its role as a supplier of last resort.  In Texas, United States, under the Public Utility Regulatory Act of Texas, the POLR service is priced higher.  This is due to (i) the costs associated with, and (ii) the risk of serving an uncertain number of customers with uncertain electricity loads.[24]

Observations and recommendations of the Standing Committee

The Standing Committee on Energy (Chair: Mr. Kirit Somaiya) examining the Electricity (Amendment) Bill, 2014 submitted its report on May 7, 2015.[25]  Key observations and recommendations of the Committee include:

[*]  The charge paid when the transmission and distribution network of a licensee is used by another to transfer electricity.

[1].  This Brief has been written on the basis of the Electricity (Amendment) Bill, 2014 which was introduced in Lok Sabha on December, 2014.  The Bill was referred to the Standing Committee on Energy on December 22, 2014.  The Committee submitted its report on May 7, 2015.

[9].  Open access enables consumers to buy power from any source through non-discriminatory access to transmission and distribution lines.

[11].  Parallel licensing is when multiple licences are issued to distribution companies to supply electricity in a specific area of supply using their own distribution network.

[16].  Section 4, Competition Act, 2002.  This Section says that an enterprise may not abuse its dominant position, including through predatory pricing.  Predatory pricing is the sale at a price below the cost with a view to reduce competition.

[19].  How much electricity is lost in transmission and distribution in the United States, Frequently Asked Questions, US Energy Information Administration, July 10, 2015, http://www.eia.gov/tools/faqs/faq.cfm?id=105&t=3.