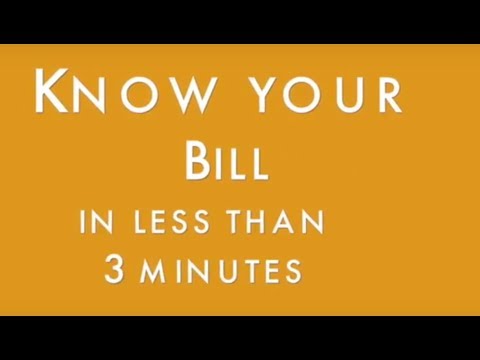 Financial firms include banks, non-banking financial companies, insurance companies, pensions funds, stock exchanges, and depositories.  These firms accept deposits from consumers, invest these funds, and provide loans.  Often these firms borrow from each other.  Failure of a firm may result in adverse consequences for other financial firms, and could trigger off system-wide financial instability.  Such failure may be resolved by merging the failing firm with another firm, transferring its assets and liabilities, or reducing its debt.  If resolution is found unviable, the firm may be liquidated, and its assets sold to repay creditors.

In 2008, the failure of a large financial firm impacted countries across the world, and led to a global financial crisis.[2]  After the crisis, several countries such as the US and those across Europe developed specialised resolution capabilities for addressing such failure.2,[3],[4]

Currently in India, there is no specialised law for the resolution of financial firms.  Monitoring and resolution of firms are managed by the respective regulators.  Over the last few years, expert committees have noted certain limitations in the current framework which include: (i) involvement of multiple regulators preventing specialised resolution capabilities for the entire financial sector being developed, (ii) regulators exercising forbearance and delaying resolution in the hope of reviving a firm, and (iii) availability of limited methods to resolve firms.2,5  Committees have also noted that currently there are no provisions to resolve certain financial firms such as companies managing mutual funds or securities firms.  The powers of regulators to resolve similar entities also varies (e.g., RBI has powers to wind-up or merge scheduled commercial banks, but not co-operative banks).2,[5]

In this context, the Financial Resolution and Deposit Insurance Bill, 2017 was introduced in Lok Sabha on August 10, 2017.1  The Bill seeks to establish a Resolution Corporation to monitor financial firms (along with regulators), and resolve them in case of failure.  Note that the Insolvency and Bankruptcy Code, enacted in 2016, addresses the failure of non-financial firms such as companies and partnership firms.[6]

The Bill seeks to establish a Resolution Corporation to monitor financial firms and resolve them in case of failure.  It repeals the Deposit Insurance and Credit Guarantee Corporation Act, 1962 and amends 22 other laws.1

Further, firms in the ‘material’ and ‘imminent’ categories will formulate resolution and restoration plans.  The Corporation may supersede the board of a firm, if it is classified under the ‘imminent’ or ‘critical’ categories, for a maximum period two years.

If the Resolution Corporation fails to resolve the firm within two years, the firm will be liquidated to repay its debt.  Proceeds from liquidation will be distributed in an order of priority specified in Figure 3.

Certain powers of the Corporation may not have a review mechanism

The Bill establishes the Resolution Corporation to monitor financial firms (such as banks, insurance companies, stock exchanges, and depositories), pre-empt their failure, and resolve or liquidate them in case of failure.  Failure of these financial firms may impact financial stability as they hold consumer deposits, extend credit, facilitate investment in the economy, and also borrow from each other.  Therefore, the Resolution Corporation may have to exercise its powers with urgency, and address such a failure to avoid any risk to the financial system.  The Bill does not specify a review or appeal mechanism for some of these decisions.

One argument to not allow an appeal may be that certain decisions of the Resolution Corporation may require urgent action to prevent the failure of a financial firm.  However, this may leave aggrieved persons without a recourse to challenge the decision of the Resolution Corporation if they are unsatisfied.  Given that clause 133 of the Bill prevents courts from entertaining any matters related to decisions of the Resolution Corporation, the only remedy available to a person aggrieved by an order of the Corporation is to file a writ before the High Courts under Article 226 of the Constitution.[7]  The RBI Working Group on Resolution Regime for Financial Institutions (2014) had recommended that an appeal and grievance redressal mechanism should be available for stakeholders to challenge an improper decision of the Corporation.2  We discuss two instances where an appeal mechanism is unavailable, below:

Classification of financial firms based on their risk of failure

Depending on its classification, the firm may be subject to corrective action or resolution, including steps which: (i) prevent it from accepting deposits, (ii) prohibit it from acquiring other businesses, or (iii) require the firm to raise additional capital by issuing securities or selling assets.  The Resolution Corporation will take over the management of a firm under the ‘critical’ category, and resolve it.  The Bill does not specify a mechanism for an aggrieved financial firm to appeal the classification order of the Resolution Corporation.

Ordering members of financial firms to return performance based incentive

Under the Bill, the Resolution Corporation may designate a proportion of remuneration given to the chairperson, chief executive officer (CEO) or director of a financial firm, under ‘material’ or ‘imminent’ category, to be linked to their performance.  Subsequently, if the financial firm is classified as ‘critical’, the Resolution Corporation may order the chairperson, CEO or director to return their performance based incentive after giving them an opportunity of being heard.  Such direction may be issued to these officers if their actions or omissions resulted in the financial firm being classified under ‘critical’ risk.

The Bill does not specify a mechanism for an aggrieved person to challenge the order of the Resolution Corporation.  This order directing a person to return the performance based incentive will be final, and a failure to comply with it will result in recovery being initiated in the manner specified in the Income Tax Act, 1961.

Under the Bill, the Resolution Corporation or the regulators may classify financial firms in any of the five categories based on its risk of failure: (i) low, (ii) moderate, (iii) material, (iv) imminent, or (v) critical.  In this context, we examine certain processes in the Bill which may be unclear.

End of the resolution process unclear in certain cases

For some of these methods, such as transfer or merger, the completion of the resolution process may be inferred from the point when the new management takes over the administration of the firm.  In case of liquidation, the Bill specifies that the National Company Law Tribunal will approve the dissolution of the financial firm after all its assets have been sold.  However, for some other methods such as bail-in, the point at which the resolution process is complete may be unclear.

Note that under the Insolvency and Bankruptcy Code, 2016, the resolution process for a defaulting company ends when a resolution plan is approved by the National Company Law Tribunal.  Further, the Tribunal passes an order lifting the moratorium on any lawsuits against the company.6

Corporation superseding the board of a ‘critical’ firm’ may be redundant

Fees payable by financial firms under section 33 not specified

Annexure: Comparison of international laws with the proposed framework

Table 1 below compares the provisions of the Financial Resolution and Deposit Insurance Bill, 2017 with the laws of other countries.

Note: Bank Insolvency Procedure is used when the failing firm is put into liquidation and depositors are paid off; Bank Administration Procedure is used to put a part of a failed firm (that has not been transferred to a bridge service provider or private sector purchaser) into administration.

[2].  Report of the Working Group on Resolution Regime for Financial Institutions, Reserve Bank of India, January 2014.

[5].  Report of the Committee to Draft Code on Resolution of Financial Firms, September 2016.

[7].  Writ is an extraordinary remedy available to all persons for enforcing their constitutional and legal rights, or to compel public authorities to discharge their relevant duties.