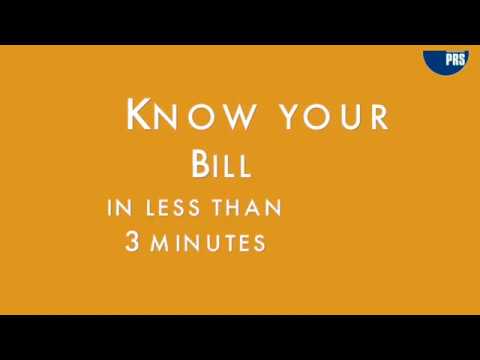 Highlights of the Bill and Ordinance

PART A: HIGHLIGHTS OF THE BILL AND ORDINANCE

Economic offences relate to fraud, counterfeiting, money-laundering, and tax evasion, among others.  Currently, various laws contain provisions to penalise such offences.  These include: (i) the Prevention of Money-Laundering Act (PMLA), 2002 which prohibits money-laundering, (ii) the Benami Properties Transactions Act, 1988 which prohibits benami transactions, and (iii) the Companies Act, 2013 which punishes fraud and unlawful acceptance of deposits.   Other laws such as the Indian Penal Code, 1860 and the Code of Criminal Procedure, 1973 also cover economic offences, such as forgery and cheating.

In 2017, the Ministry of Finance released a draft Bill to address cases of high-value economic offenders fleeing the country to avoid prosecution.[1]  It observed that a new legal framework was required as the current civil and criminal laws do not contain specific provisions to deal with such offenders.[2]  The Ministry further stated that procedures under these laws are time-consuming, which obstructs investigation and impacts the financial health of banks.2

Recently, in March 2018, the Ministry of External Affairs stated that over 30 businessmen, under investigation by the CBI and the Enforcement Directorate, had absconded to avoid facing prosecution before Indian courts.[3]  The Fugitive Economic Offenders Bill, 2018 was introduced in Lok Sabha on March 12, 2018.[4]  Subsequently, an Ordinance containing similar provisions was promulgated on April 21, 2018.[5]

Table 1: Process under the Bill and Ordinance to declare a person as a Fugitive Economic Offender (FEO)

Under Clause 14, any court or tribunal may bar an FEO from filing or defending any civil claim before it.  Further, the Bill allows courts to bar a company from filing or defending any civil claim before it if the promoter, key managerial personnel (such as manager or CEO), or majority shareholder is an FEO.  It may be argued that such a bar could violate Article 21 of the Constitution.  Article 21 states that no person (or company) can be deprived of their right to life or personal liberty, except by law.[6]  Courts have interpreted this to include the right to access justice, which cannot be taken away.[7]  This right includes the availability of a forum which aggrieved persons may approach to seek legal remedy.  The question is whether a bar on filing and defending claims would violate this right.

For instance, an individual who is declared an FEO may be involved in a marriage suit or inheritance dispute.  Under Clause 14, courts are allowed to bar the individual from exercising his right to file or defend such a claim.

Further, there may be cases where an FEO is the majority shareholder of a company.  In such cases, even though the company is a separate legal entity, it may be barred from filing or defending cases.  For example, a company may be barred from filing a suit against a supplier of goods or from defending a case where tax dues are imposed on it.  There may also be instances where creditors obtain court orders for repayment of loans against the company, without the company having an opportunity to present its defence.  In all such cases, the interests of the remaining shareholders will not be protected owing to such a bar on companies.

Use of sale proceeds from confiscated property not specified

Under the Bill, the Special Court may exempt certain properties from confiscation if a person shows his legitimate interest in these properties.  For example, this may cover secured creditors who have claims against specific properties of the FEO.  The Bill does not require the confiscated properties to be used to settle dues of other claimants (for example, unsecured creditors or persons claiming unpaid wages).  In contrast, the Insolvency and Bankruptcy Code, 2016 specifies that sale proceeds from the property of the defaulter will be distributed among all claimants according to an order of priority.[8]

Provisions related to search may not contain safeguards

Under the Bill, authorities may search a person or premises on the belief that a person may be declared an FEO or has proceeds of crime.  The Bill allows a search to be conducted without a search warrant or witnesses.  This differs from other laws, such as the Code of Criminal of Procedure (CrPC), 1973, which provide certain safeguards.

Section 94 of the CrPC, 1973 permits a search to be conducted only if a warrant has been issued by a Magistrate.  Further, Section 100 requires the presence of two or more independent witnesses while authorities search premises.  Typically, other laws such as the Prevention of Money-Laundering Act, 2002 and Securities and Exchange Board of India Act, 1992 follow these procedures specified in the CrPC, 1973 in case of a search.  These safeguards seek to protect against instances of harassment of persons or cases where evidence may be planted against the accused.

Note that Rules have been notified under the Fugitive Economic Offenders Ordinance, 2018.  These specify that the procedure under the CrPC, 1973 will apply in case of a search.[9]  It may be argued that procedural safeguards related to search should be specified in the law, instead of being notified by the government through delegated legislation.

Procedures under the Bill similar to existing laws

Most of the procedural aspects under the Bill (with a few exceptions) are similar to existing laws such as the CrPC, 1973, and the Prevention of Money-Laundering Act (PMLA), 2002 (see Table 2).

Table 2: Comparison of current laws with the Bill

Sources: The Fugitive Economic Offenders Bill, 2018; The Extradition Act, 1962; CrPC – The Code of Criminal Procedure, 1973; PMLA – The Prevention of Money-Laundering Act, 2002; SARFAESI – The Securitisation and Reconstruction of Financial Assets and Enforcement of Security Interest Act, 2002; PRS.

[2].  Explanatory Note on the Fugitive Economic Offenders Bill, 2017, Ministry of Finance, May 2017, https://dea.gov.in/sites/default/files/Final_Explanatory_Note%20on%20the%20Draft%20Bill.pdf.