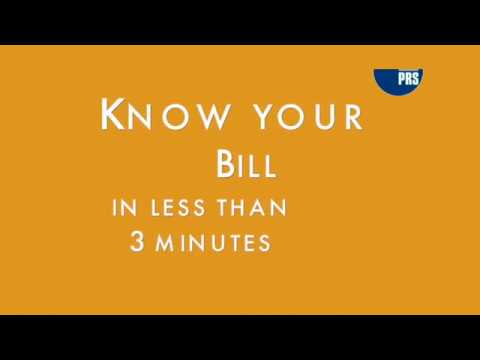 The rationale for classifying allottees under a real estate project as financial creditors may be questioned.  Further, the Ordinance does not clarify whether allottees are secured or unsecured financial creditors.  In the absence of allottees having a clear status, there may be uncertainty about their priority when receiving dues from the insolvency proceedings.

The Insolvency and Bankruptcy Code, 2016 provides a time-bound process to resolve insolvency among companies and individuals.  Insolvency is a situation where an individual or company is unable to repay their outstanding debt.  In November 2017, the Insolvency Law Committee was set up to review the Code, identify issues in its implementation, and suggest changes.[1]  The Committee submitted its report in March 2018.[2]  The Committee made several recommendations such as exempting micro, small and medium enterprises from certain provisions of the code, treating allottees under a real estate project as financial creditors, reducing voting thresholds of the committee of creditors, among others.  Subsequently, the Insolvency and Bankruptcy Code (Amendment) Ordinance, 2018, was promulgated on June 6, 2018.

Classification of allottees under a real estate project as financial creditors

For example, person A decides to open a restaurant.  He takes a loan from a bank to buy the property for the restaurant, using the property premises as the collateral.  His friend B lends him some funds to manage the initial expenses, such as payment of salary to chefs and other support staff, buying produce, etc.  In this example, the bank and friend B are financial creditors.  The bank is a secured financial creditor since the loan is backed by a collateral (the restaurant premises), and friend B is an unsecured creditor.  The chefs and staff at the restaurant are operational creditors.  The supplier of produce is also an operational creditor.

The Ordinance clarifies that allottees under a real estate project will be considered as financial creditors.  This would give the allottees: (i) the power to initiate a resolution process, (ii) representation on the committee of creditors, and (iii) the guarantee of receiving a certain amount in case of liquidation.

Rationale for classifying allottees as financial creditors could be questioned

During a corporate insolvency resolution process, a committee consisting of all financial creditors is constituted to take decisions regarding the resolution process.  This committee may choose to: (i) resolve the debtor company, or (ii) liquidate (sell) the debtor’s assets to repay loans.  If no decision is made by the committee within the prescribed time period, the debtor’s assets are liquidated to repay the debt.  In case of liquidation, secured creditors are paid first after payment of the resolution fees and other resolution costs.  This is followed by payment of employee wages, and then payment to all the unsecured creditors.

While the Ordinance classifies allottees as financial creditors, it does not specify whether they would be treated as secured or unsecured creditors.  Therefore, their position in the order of priority is not clear.