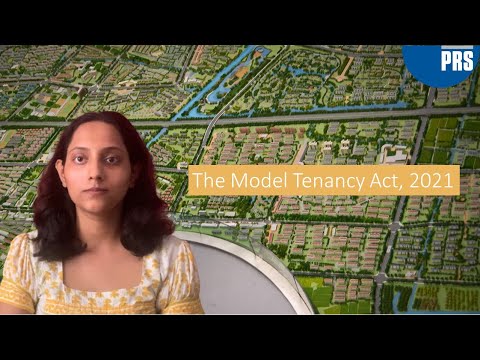 Rental housing is regulated by states as land, land improvement, and control of rents falls under the State List of the Constitution.[1]  Post independence, states regulated rental housing through rent control laws.  These laws specified a ceiling on the rental amount, and put conditions for eviction of the tenant, to prevent landlords from charging exorbitant rents and ensure that people found safe and stable housing.  The 2015 draft Rental Housing Policy noted that these laws led to low rental yields, and disincentivised landlords from investing in rental properties.[2]  These also skewed arrangements towards tenants, made it difficuly to evict them, led to more litigation, and consequently eroded the trust of landlords in the regulatory system.2,[3]  This led to the rental demand being serviced through other rental arrangements such as leave and license agreements.2

Reforms in tenancy laws were first recommended at the central level under the Jawaharlal Nehru Urban Renewal Mission (JNNURM) in 2005.[4]  JNNURM listed the repeal of rent-control laws as a mandatory reform to access aid under the mission.  States could formulate laws regulating rental housing on the Model Rent Legislation, 1992.  However, as of 2020, 20 states continue to have rent control legislations.[5],[6],[7],[8],[9],[10],[11],[12]  A few states such as Madhya Pradesh, Jharkhand, and Chattisgarh have repealed their rent control laws.[13],[14],[15]

Rental housing is a predominantly urban phenomenon in India.  As of 2013, 95% of households in rural areas live in self-owned housing.[16]  Globally, the demand for rental housing in urban areas is proportionate to the growth in the population living in urban areas.  However, in India the trend has been different, which could be attributed to a policy push towards home ownership and low rental yields.2  Between 1951 and 2011, the urban population in India grew by six times and as of 2011, comprises 31% of the total population.2  However, the share of persons living in urban rental accommodation decreased from 58% to 27% between 1961 and 2011.2

Urban areas also face a significant housing shortage.  As of 2012, the urban housing shortage was estimated to be at 1.9 crore units.[17]  Note that the urban population is estimated to increase to 43.7 crore by 2021.2  The draft National Urban Rental Housing Policy, 2015 noted that the housing shortage in urban areas will not be solved by home ownership, and suggested promoting rental housing.  It recommended repeal of existing rent-control laws and adoption of a new rental framework based on the draft Model Tenancy Act, 2015.2  So far, Tamil Nadu has enacted a law regulating tenancy based on the 2015 Model Act.[18]  The Ministry of Housing and Urban Affairs had released another draft version of the Model Act in October 2020 for public feedback.

The Model Tenancy Act, 2021 was approved by the Union Cabinet on June 2, 2021 for adoption by states and union territories.  It seeks to: (i) establish a speedy adjudication mechanism for dispute resolution, (ii) regulate renting of premises, and (iii) protect interests of landlords and tenants.

Conditions for tenancy, eviction, and sub-letting

Table 2: Timelines for adjudication of cases under Model Tenancy Act, 2020

Purpose of the Model Act

A background note on the draft Model Act, 2020 had highlighted some issues the Model Act would address.[19]  These include: (i) balancing interests and rights of the landlord and tenant, (ii) creating adequate and affordable rental housing stock, (iii) enabling formalisation of the rental housing market, (iv) encouraging private participation in the sector, and (v) unlocking vacant premises for rental purposes.  It may be argued that the Model Act will not adequately address all these issues.  On the other hand, the Model Act goes into minute details of what a rental agreement must include, which may not be necessary in a law.

Model Act may not address challenges in the rental housing market

The Model Act proposes a regulatory framework for rental housing.  While experts have highlighted that changes in the legislative framework are needed to reform the housing market, various other issues also need to be addressed to reform the market.2,3,[20]  These include:

The background note to the draft Model Act, 2020 stated that it seeks to balance the tenant-landlord relationship.19  The 2021 Model Act seeks to provide for rights and duties of both parties, mandate the use of registered agreements and give statutory backing to some provisions.  It also provides details of: (i) when a tenant may be evicted by a landlord, (ii) heirship in case of death of a landlord, and (iii) legal remedies available with both the tenant and the landlord in case either one violates the agreement.

However, the 2021 Model Act also goes into minute details of a rental agreement.  Some examples include: (i) the landlord must carry out structural repairs and whitewashing of walls and doors, (ii) tenants must be responsible for drain cleaning, geyser repairs, repairing kitchen fixtures, and (iii) the maximum amount of security deposit.  Typically, such details are specified in rent agreements, as seen in existing state legislations, including those for Maharashtra, Karnataka, and West Bengal.5,6,12  It may not be necessary for a model central legislation to specify these details.  Providing these details in the law may also restrict changes that contracting parties may want to make in a contract based on their specific situation.

However, note that the Model Act is only a suggestive framework for states to follow while regulating rental housing and agreements.  Since housing is a part of the State List under the Seventh Schedule of the Indian Constitution, the efficacy of the Model Act depends on its adoption by states.  So far, previous versions of the Model Act have not been adopted by most of the states.

The Model Act requires all landlord and tenants to intimate the Rent Authority about a rental agreement within two months from the date of agreement.  Information about the agreement must be given with a form specified in a Schedule to the Act.  The prescribed form requires both the tenant and the landlord to submit their Aadhaar numbers and attach self-attested copies of the card with the form.  This may violate the Supreme Court’s 2018 Puttaswamy judgement.[22]  In its judgement, the Court had ruled that requiring Aadhaar card or number may only be made mandatory for expenditure on a subsidy, benefit or service incurred from the Consolidated Fund of India.  Based on this principle, the Court had struck down the mandatory linking of bank accounts with Aadhaar number.  Since registering a tenancy agreement carries no benefits or services from the state for which an expenditure has to be incurred from the Consolidated Fund of India, making Aadhaar number mandatory for registering a tenancy may violate the judgement.

Uploading details of tenancy agreements may violate right to privacy

The Model Act also states that on registration with the Rent Authority, the parties will be provided a unique identification number, and details of the rental agreement (along with other documents) will be uploaded on the Authority’s website.  It is unclear if personal details of the parties such as PAN number, Aadhaar number, among others, which must be submitted along with the agreement, will also be made available publicly.  If these are shared on the website, this may violate the right to privacy of the involved parties.  The Supreme Court has included the right to privacy as a fundamental right.  This right may be infringed only if three conditions are met: (i) there is a law, (ii) the law achieves a public purpose, and (iii) the public purpose is proportionate to the violation of privacy.[23]  Information such as the number of properties on rent, and the rental yield from properties may be useful for formulating policies and understanding the development of the real estate market.  However, sharing personal information of individuals may not serve a public purpose, and hence may violate the right to privacy of such individuals.

No time limit specified for resolution of some disputes

The preamble of the 2021 Model Act and the background note accompanying the 2020 draft Model Act state that it seeks to establish a speedy adjudication mechanism for disputes linked to tenancy agreements.  The Model Act specifies the timelines for resolution of cases linked with eviction and payment of rent.  For instance, in case of continued misuse of property by the tenant even after a notice to desist by the landlord, applications made to the Rent Court must be addressed by the Court within 30 days.  However, timelines have not been specified for certain cases.  These include:

[1]. The Constitution of India, https://www.india.gov.in/sites/upload_files/npi/files/coi_part_full.pdf.

[16]. State of Housing in India: A Housing Compendium, Ministry of Housing and Urban Poverty Alleviation, 2013, http://mohua.gov.in/upload/uploadfiles/files/Housing_in_India_Compendium_English_Version2.pdf.

[18]. The Tamil Nadu Regulation of Rights and Responsibilities of Landlords and Tenants Act 2017, Government of Tamil Nadu, https://www.tenancy.tn.gov.in/Home/AboutUs

[21]. Report of the National Commission on Urbanisation, 1988, Government of India, https://indianculture.gov.in/report-national-commission-urbanisation-1988-0.