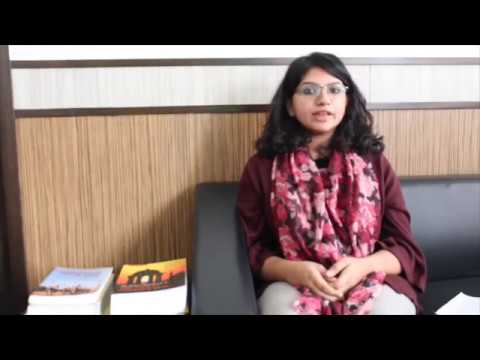 For an abortion, in addition to complying with the Medical Termination of Pregnancy Act, 1971, the approval of the appropriate authority and the consent of the surrogate mother is required.  The Bill does not specify a time limit for granting such an approval.  Further, the intending couple has no say in the consent to abort.

Surrogacy is the practice whereby one woman carries the child for another with the intention that the child should be handed over after birth.[1]  Such a surrogacy arrangement may be altruistic or commercial in nature.  Altruistic surrogacy involves an arrangement where the couple does not pay the surrogate mother any compensation other than the medical and insurance expenses related to the pregnancy.  Commercial surrogacy includes compensation (in cash or kind) paid to the surrogate mother, which exceeds the reasonable medical expenses associated with the pregnancy.  Currently, commercial surrogacy is allowed for Indian citizens.

In 2008, the Supreme Court of India in the Baby Manji Yamada vs. Union of India case highlighted the lack of regulation for surrogacy in India.[3]  In 2009, the Law Commission of India observed that surrogacy arrangements in India were being used by foreign nationals, and the lack of a comprehensive legal framework addressing surrogacy could lead to exploitation of poor women acting as surrogate mothers.[4]  Further, the Law Commission recommended prohibiting commercial surrogacy, allowing altruistic surrogacy and enacting a law to regulate matters related to surrogacy.  In 2015, a government notification prohibited surrogacy for foreign nationals.[5]  The Surrogacy (Regulation) Bill, 2016 was introduced in Lok Sabha on November 21, 2016.

Purposes for which surrogacy is permitted

Eligibility criteria for the intending couple and the surrogate mother

Parentage and abortion of surrogate child

Definition of ‘infertility’ restricted to failure to conceive

Under the Bill, ‘infertility’ is a condition that has to be proven by an intending couple, in order to be eligible to commission a surrogacy procedure.  The Bill defines infertility as the inability to conceive after five years of unprotected coitus or other medical condition preventing a couple from conception.  This definition does not cover all cases in which a couple is unable to bear a child.

For example, there may be medical conditions where the woman may conceive but is unable to carry a child through the period of the pregnancy, i.e., the period of nine months following the conception.  This includes cases where an intending mother may be able to conceive a child, but may have multiple miscarriages that result in her inability to bear a child.  There are also other medical conditions like multiple fibroids in the uterus, hypertension, and diabetes that affect successful pregnancies.[6]  Such persons will not be covered under the definition of ‘infertility’ proposed in the Bill and therefore will not be eligible to undertake altruistic surrogacy.

In other countries like Netherlands, South Africa and Greece, to be eligible for altruistic surrogacy, the medical conditions that permit altruistic surrogacy are broader (for a detailed comparison, see Table 1, page 6).  These include, in addition to the inability to conceive, other medical conditions that affect the intending mother’s ability to give birth.

Additional eligibility criteria for surrogacy may be set by regulations

Additional eligibility criteria for intending couples may be specified through regulations

The Bill specifies various eligibility conditions for couples intending to undertake surrogacy.  For example, the couple is required to fulfil all of the following five conditions: (i) be Indian citizens; (ii) be married for at least five years; (iii) either member is infertile; (iv) have no surviving children (biological or adopted or surrogate), except if the child is mentally or physically challenged or suffers from a life threatening disorder; and (v) be in the age group of 23-50 years (wife) and 26-55 years (husband).  The Bill allows the NSB to prescribe additional conditions that need to be fulfilled by the intending couple through regulations.  The question is whether this is excessive delegation of legislative powers.  It may be argued that all conditions that make persons eligible to commission a surrogacy should be specified in the parent law and not be delegated to regulations.

The Bill specifies the purposes for which a surrogacy procedure may be undertaken.  Surrogacy may be undertaken if: (i) it is for altruistic purposes; (ii) either member of the couple suffers from infertility; (iii) not for commercial purposes; and (iv) not for producing children for sale or prostitution.  Further, the Bill allows the NSB to prescribe through regulations ‘any other condition or disease’ for which surrogacy may be allowed.  It is unclear what is implied by ‘any other condition’ i.e., whether it relates to only a medical condition or would be of any other nature.

Review and appeal procedure for surrogacy applications not specified

In order to initiate a surrogacy procedure, the surrogate mother and the intending couple are required to obtain certificates of eligibility and essentiality upon fulfilling various conditions from the relevant appropriate authorities.  However, the Bill does not specify a time limit by which the authority will grant these certificates.  Further, the Bill does not specify a review or appeal procedure in case the surrogacy applications are rejected.

Note that other laws such as the Transplantation of Human Organs and Tissues Act, 1994, and adoption related provisions of the Juvenile Justice (Care and Protection) Act, 2015 prescribe a time period within which an application will be processed.  They also provide the procedure for review and appeal, in case such an application is rejected.

Issues related to the surrogate mother being a ‘close relative’

Some other laws define terms such as ‘relative’ or ‘near relative’.  For example, the Transplantation of Human Organs and Tissues Act, 1994 specifies that a living donor has to be a ‘near relative’.  It defines a ‘near relative’ to include spouse, son, daughter, father, mother, brother or sister.  The Companies Act, 2013 defines a ‘relative’ as: (i) members of a Hindu Undivided Family; (ii) husband and wife; or (iii) other relations prescribed under the Act.

Close relative can be the biological donor for the surrogate baby

Upon meeting eligibility conditions outlined in the Bill, a close relative can act as a surrogate or help in surrogacy by donating her egg or oocyte or otherwise.  This provision differs from current surrogacy regulations.  The current ICMR guidelines (2005) do not allow the surrogate mother to be an egg donor for the intending couple who have a surrogacy arrangement with her.[7]  Further, the Draft Assisted Reproductive Technology (Regulation) Bill, 2014 also stated that an egg donated by a relative of the couple seeking surrogacy must not be accepted by clinics.[8]

The surrogate mother being allowed to donate her egg as a part of the surrogacy arrangement may have adverse medical implications as the definition of ‘close relative’ is unclear.  As per the Bill, the ‘surrogate mother’ is required to be genetically related to the intending couple.  If a surrogate mother is a close relative of the male member of the intending couple (e.g., his sister), and is allowed to donate her egg for the surrogacy, it may result in congenital anomalies for the surrogate child.  According to the World Health Organisation, when biological parents are related by blood, the prevalence of rare genetic congenital anomalies increases.[9]

Authorisation for termination of pregnancy

Approval for termination of pregnancy from the appropriate authority

Under the Bill, authorisation of the appropriate authority is mandatory for an abortion to be done during the period of surrogacy.  The authorisation also has to comply with the provisions of the Medical Termination of Pregnancy (MTP) Act, 1971, which specifies the grounds for termination of pregnancy.  However, the Bill does not specify the time period by which such authorisation for abortion has to be given.

Presumption that the surrogate mother was compelled to be a surrogate

If a surrogate mother renders surrogacy services other than those permitted under the Bill, it shall be presumed that she was compelled to do so by: (i) her husband; (ii) the intending couple; or (iii) any other relative.  They will be liable for abetting the offence of initiating commercial surrogacy.  The burden of proof is on these parties to establish that they did not compel the surrogate mother.  Further, the Bill does not define ‘relative’ for this purpose.  It is unclear why the Bill seeks to reverse the burden of proof from the prosecution to the defendants.

Storage of embryo or gamete for surrogacy not allowed

The Bill prohibits storage of embryos and gametes (unfertilised egg and sperm) for the purpose of surrogacy.  This differs from the current ICMR guidelines (2005) which allow the storage of embryos for a period of five years.2  The prohibition on storage of egg or sperm may have adverse health implications for the intending mother.

Typically, for a surrogacy, the eggs are extracted from the intending mother and are implanted in the surrogate mother’s uterus.  The success rate of one implantation is below 30%, therefore, multiple implantation attempts may be required.[11]  To ensure availability of eggs for the multiple attempts, extra eggs are extracted and stored.  Note that the intending mother needs to undergo extensive hormonal treatment for this extraction.  Repeated stimulation for extraction of eggs leads to the risk of Ovarian Hyperstimulation Syndrome (OHSS) for the intending mother.  In some rare cases, OHSS may lead to complications like blood clots and kidney failure.[12]

Table 1 compares the Bill with the laws in some other countries which regulate surrogacy.  These countries have fewer restrictions with regard to eligibility criteria for the intending parents and the surrogate mother, amongst others.

[1].  Report of the Committee of Inquiry into Human Fertilisation and Embryology, United Kingdom, 1984, http://www.hfea.gov.uk/docs/Warnock_Report_of_the_Committee_of_Inquiry_into_Human_Fertilisation_and_Embryology_1984.pdf.

[4].  Need for Legislation to Regulate Assisted Reproductive Technology Clinics as well as Rights and Obligations of Parties to a Surrogacy, Report No. 228, Law Commission, 2009, http://lawcommissionofindia.nic.in/reports/report228.pdf.

[5].  Instructions regarding commissioning of surrogacy, Ministry of Health and Family Welfare, November 4, 2015, http://www.icmr.nic.in/icmrnews/art/DHR%20notification%20on%20Surrogacy.pdf.