The Trafficking of Persons (Prevention, Protection and Rehabilitation) Bill, 2018 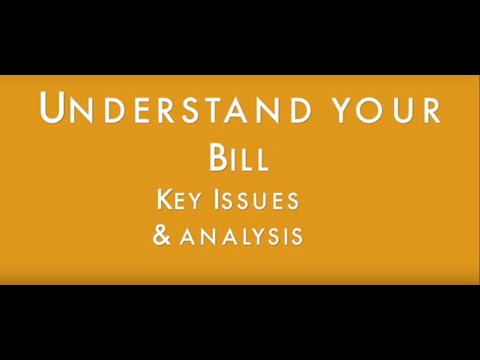 In India, trafficking is primarily an offence under the Indian Penal Code, 1860.  It defines trafficking as (i) recruitment, (ii) transportation, (iii) harbouring, (iv) transfer, or (v) receipt of a person for exploitation by use of certain forceful means.  In addition, there are also other laws which regulate trafficking for specific purposes.  For instance, the Immoral Traffic (Prevention) Act, 1986 deals with trafficking for the purpose of sexual exploitation.  Similarly, the Bonded Labour Regulation Act, 1986 and Child Labour Regulation Act, 1986 deal with exploitation for bonded labour.  Each of these laws operate independently, have their own enforcement machinery and prescribe penalties for offences related to trafficking.

Table 1: Victims rescued by type of purpose of trafficking

According to the National Crime Records Bureau, a total of 8,132 cases of human trafficking were reported in India in 2016 under the Indian Penal Code, 1860.[1]  This is 15% increase from the number of cases reported in the previous year.  In the same year (2016), 23,117 trafficking victims were rescued.  Of these, the highest number of persons were trafficked for forced labour (45.5%), followed by prostitution (21.5%).  Table 1 provides details of persons trafficked for various purposes (as of 2016).

In 2011, India ratified the United Nations Convention Against Transnational Organised Crimes, 2000, including its Protocol to Prevent, Suppress and Punish Trafficking in person.[2]  In 2015, pursuant to an order of the Supreme Court, the Ministry of Women and Child Development constituted a Committee to examine the feasibility of a comprehensive legislation on trafficking.[3]

The Trafficking of Persons (Prevention, Protection and Rehabilitation) Bill, 2018 was introduced in Lok Sabha by the Minister of Women and Child Development, Ms. Maneka Gandhi on July 18, 2018 and passed in that House on July 26, 2018.  The Bill provides for the prevention, rescue, and rehabilitation of trafficked persons.

Table 2: Punishment for offences under the Bill

Comparison of existing laws and provisions under the Bill

Presently, there are several laws which deal with specific forms of trafficking   For instance, the Immoral Traffic (Prevention) Act, 1986 covers trafficking for commercial sexual exploitation while the Bonded Labour System (Abolition) Act, 1976 deals with punishment for employment of bonded labour.  These laws specify their own enforcement mechanism.  As per the Statement of Objects and Reasons of the Bill, the Bill intends to serve as a comprehensive law to deal with all cases of trafficking.  However, the Bill continues to also retain all existing laws on trafficking.  This may create a parallel legal framework and enforcement machinery to deal with trafficking in certain cases.  Since each of these laws have different procedures, there could be confusion as to which procedure to apply in such cases of trafficking.

For instance, under the Immoral Traffic (Prevention) Act, 1986, Protective Homes have been set up for rehabilitation of trafficked victims of sexual exploitation.  The Bill also contemplates setting up of Protection Homes.  When a victim of sexual exploitation is rescued, it is unclear as to which of these Homes she will be sent to.  Also, each of these laws designate special courts to hear offences.  The question arises as to which of these courts will hear the case.  A comparison of some of these laws and the Bill is provided in Table 3.  Note that the Bill clarifies that the Juvenile Justice (Care and Protection of Children) Act, 2015 will apply to rehabilitation of children.

Table 3: Comparison of trafficking under the current Bill with other laws

** In Hanumantsing Kubersing vs. State of Madhya Pradesh (1996 (0) MPLJ 389), the MP High Court struck down the provision conferring judicial power on an executive magistrate as unconstitutional for violating separation of powers between executive and judiciary.

The Bill specifies penalties for various offences including for (i) trafficking of persons, (ii) aggravated trafficking (such as, for bonded labour and begging), and (iii) promotion of trafficking.

The Bill punishes an owner if he knowingly allows the offence of trafficking to be carried out on his premise.  Under the Bill, it is presumed that the owner had knowledge of the commission of the offence on his premise.  The burden is placed on him to prove that he did not have such knowledge.  In criminal cases, usually the prosecution has the onus to prove the guilt of an accused beyond all reasonable doubt.  The Bill reverses this burden of proof.  There are other laws, where the burden of proof on the owner is reversed, but those laws contain safeguards.  This Bill does not have such safeguards.  The question is whether this provision of the Bill violates Article 21 because it places the burden of proof on the accused without safeguards found in other similar laws.[4]  Article 21 states that no person can be deprived of their right to life or personal liberty, except by law.  Courts have interpreted this to say that any law or procedure established should be fair and reasonable.[5]

The Immoral Traffic (Prevention) Act, 1986 provides an example where the burden of proof on the owner is reversed.  It punishes an owner if he knowingly permits his premise to be used as a brothel.  The Act has some safeguards.  That is, it presumes knowledge on the part of the owner only if: (i) a newspaper report is published to report that the premises have been found to be used for prostitution, or (ii) a copy of all things found during the search of the premise are given to the person.  Similarly, the Narcotics and Psychotropic Substances Act, 1985 punishes an owner for knowingly permitting the premise to be used for committing an offence under the Act.  Again, knowledge is presumed only if the prosecution can prove that the accused was connected with the circumstances of the case.  Using this rationale, Courts have held that owners of trucks (used for transporting drugs) cannot be presumed to know that an offence is being committed only on the basis of their ownership of the truck.[6]  Knowledge may be presumed where, for instance, the prosecution was able to also prove that the owner was driving the vehicle in which the drugs were transported.[7]

The Bill punishes a person who commits, aids or abets commission of offences related to trafficking of persons.  Under the Bill, if the victim is a woman, a child, or a mentally/physically disabled person, it is presumed that the accused person committed the offence.  That is, in such cases, the burden of proof is on the accused person to show that he is not guilty.  There are two issues to consider here.

Threshold for claiming victim immunity may be too high

The Bill provides immunity to a victim who commits an offence punishable with death, life imprisonment or imprisonment for 10 years.  Further, such an offence must have been committed under: (i) coercion, intimidation, or undue influence, and (ii) where there is a reasonable apprehension of death or grievous injury.  This raises two issues.

Immunity may be desirable to ensure that trafficked persons are not prosecuted for their involvement in crimes which are a direct consequence of them being trafficked.[8]  However, the Bill provides immunity only for serious crimes.  For instance, a trafficked victim who commits murder under coercion of his traffickers may be able to claim immunity from being tried for murder.  However, if a trafficked victim commits petty theft (e.g. pickpocketing) under coercion of his traffickers, he will not be able to claim immunity.

Second, the immunity is only available when the victim can show that the offence was committed under coercion, threat, intimidation or undue influence, and there was a reasonable apprehension of death or injury, at the time of committing the offence.  Therefore, it may be argued that the threshold to claim immunity from prosecution may be too high and may defeat the purpose for providing such immunity.

The Bill punishes those persons whose activities ‘may’ lead to trafficking of persons.  These activities include: (i) electronic publication or solicitation, (ii) taking or distributing of obscene photographs or videos, or (iii) solicitation of tourists.  Persons convicted under the offence may be imprisoned for a term of a minimum of five years up to 10 years, along with fine of a minimum of Rs 50,000 up to one lakh rupees.  The Bill does not require the offender to show ‘intent’ to commit trafficking.  Therefore, it is unclear as to how it will be determined if the act is likely to result in trafficking.

Under the Bill, distribution or sale of material showing sexual exploitation or assault for the purpose of extortion, coercion, or unlawful gains, is punishable with imprisonment of three to seven years and fine of at least one lakh rupees.  The provision does not require an association of such acts with the commission of an offence of trafficking.  It is unclear as to why the Bill mandates punishment for acts which may not bear any connection with trafficking of persons.  Note that Section 383 of the Indian Penal Code, 1860 deals with the offence of extortion and punishes it with imprisonment of up to three years and/or fine.

Rationale for gradation of punishment unclear

Further, the Bill states that whoever ‘hires’ a person for trafficking will be punished with imprisonment between three to five years along with a fine of at least one lakh rupees.  However, under the Bill, the definition of a trafficker includes persons who ‘recruit’ other persons for exploitation.  Such persons may be imprisoned up to seven years along with fine.  It is unclear why the punishment for a ‘hirer’ and ‘recruiter’ are different.

Comparison of punishment under the Bill with other laws

Table 4: Comparison of punishment under the Bill and other laws