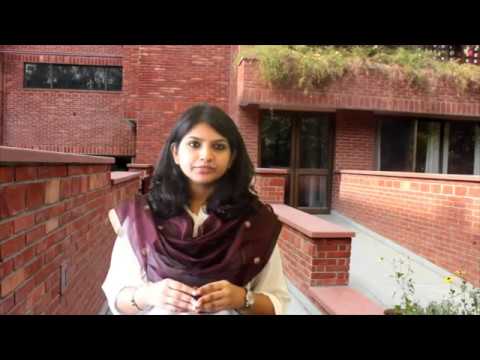 ​PART A: HIGHLIGHTS OF THE BILL

According to the World Health Organisation, ‘transgender’ is an umbrella term that includes persons whose sense of gender does not match with the gender assigned to them at birth.[1]   For example, a person born as a man may identify with the opposite gender, as a woman.[2]  According to the 2011 Census, the number of persons who do not identify as ‘male’ or ‘female’ but as ‘other’ stands at 4,87,803 (0.04% of the total population).  This ‘other’ category applied to persons who did not identify as either male or female, and included transgender persons.[3]

A private member Bill was introduced in Rajya Sabha by Mr. Tiruchi Siva in 2014 to guarantee rights and provide welfare measures for transgender persons.[5]  This Bill was passed in Rajya Sabha in 2015, and is currently pending in Lok Sabha.  In August 2016, the government introduced the Transgender Persons (Protection of Rights) Bill, 2016 in Lok Sabha.  The 2016 Bill has been referred to the Standing Committee on Social Justice and Empowerment.

Definition of a transgender person

Certificate of identity for a transgender person

Self-determination of identity vs. verification of eligibility for entitlements

The Supreme Court has held that the self determination of one’s gender is part of the fundamental right to dignity, freedom and personal autonomy guaranteed under Article 21 of the Constitution.4  Further, the Court upheld the right of transgender persons to determine their self-identified gender as a man, woman or as third gender.  This would protect their right to live with dignity and respect.

In addition, the Court directed the central and state governments to provide reservations in educational institutions and public offices, and social welfare schemes for transgender persons.  In this regard, it could be argued that there must be objective criteria to verify the eligibility of applicants to receive benefits targeted for transgender persons.  If self-determination of one’s gender identity were to be the sole criterion to receive benefits, it could be misused by others to claim such benefits.

The Bill creates provisions to protect transgender persons from discrimination, and provide welfare schemes in relation to health, education and employment.  In doing so, the Bill provides for both – self-perceived gender identity, and a screening process – to recognise the identity of transgender persons.  This leads to the issue discussed below.

Note that, if a transgender person is denied a Certificate of Identity, the Bill does not provide a mechanism for appeal or review of such decision of the District Screening Committee.

The Bill defines a transender person as one who is (i) neither wholly female nor wholly male; or (ii) a combination of female or male; or (iii) neither female nor male.  In addition, the person’s sense of gender must not match with the gender assigned at birth.  The Bill further states that this will include trans-men, trans-women, persons with intersex variations and gender-queers.  There could be some issues with this definition.

Criteria specified in the definition of ‘transgender person’ are unclear

The Bill requires that, in order to be identified as a transgender person, a person must be (i) neither wholly male nor female; or (ii) a combination of male or female; or (iii) neither male nor female.  However, the Bill does not specify if the terms ‘male’ and ‘female’ refer to biological sex which includes the human anatomy and chromosomes.  Or if being ‘male’ and ‘female’ also refers to one’s psychological sense of gender, which includes how one chooses to feel, identify and express oneself.

International expert bodies like the World Professional Association for Transgender Health, World Health Organisation and the American Psychological Association define a transgender person as one whose gender identity does not align with the sex assigned at birth.1,[6], [7]  Note that these expert bodies do not specify any biological criteria in their definitions of transgender persons.

In line with such international standards, the Supreme Court, the Expert Committee of the Ministry of Social Justice and Welfare and the 2014 Private Member Bill have also defined ‘transgender persons’ based on psychological criteria only.  The 2016 Bill is at variance with these definitions.  We compare these definitions in Table 1 below.

Table 1: Comparison of the definition of transgender persons by various expert bodies

The Bill includes terms like ‘trans-men’, ‘trans-women’, persons with ‘intersex variations’ and ‘gender-queers’ in its definition of transgender persons.  However, these terms have not been defined.  Therefore, it is unclear who would be covered under these terms.

Transgender persons and their status under existing laws

Currently several criminal and civil laws recognise two categories of gender i.e. man and woman.  These include laws such as Indian Penal Code (IPC), 1860, National Rural Employment Guarantee Act, 2005 and Hindu Succession Act, 1956 which contain some gender specific provisions.  The Bill recognises a third gender i.e. ‘transgender’.  However, the Bill does not clarify how the above mentioned laws will apply to transgender persons.  Table 2 below lists some legal provisions that are gender specific in their application.

Note that the penalties for similar offences may vary because of the application of different laws, based on gender identity.  For example, under the IPC, sexual offences related to women attract a higher penalty (up to life imprisonment) than that specified for sexual abuse under the Bill (up to two years).[8]

Annexure: Comparison of 2016 Bill with the Supreme Court decision, 2014 Bill and Expert Committee

The Supreme Court, Expert Committee of the Ministry of Social Justice and Welfare and a 2014 Private Member Bill passed in Rajya Sabha examined several aspects related to the recognition and rights of transgender persons.  Table 3 compares the provisions of the 2016 Bill with these recommendations.

[2].  Report of the Expert Committee on the Issues relating to Transgender Persons, Ministry of Social Justice and Empowerment, January 27, 2014, http://socialjustice.nic.in/writereaddata/UploadFile/Binder2.pdf.