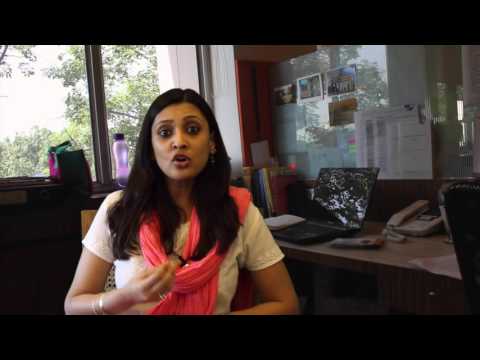 The Whistleblowers Protection Act, 2014 enables any person (i.e. a whistleblower) to report an act of corruption, willful misuse of power or discretion, or criminal offence by a public servant.  This includes all public servants, including Ministers, Members of Parliament, the lower judiciary, regulatory authorities, central and state government employees, etc.[1]  Such disclosures are made to a specified Competent Authority who must conduct a discreet inquiry and conceal the identity of the complainant and public servant.

After the 2014 Act was passed as a Bill by Lok Sabha, the government circulated amendments in Rajya Sabha to prohibit two categories of information from being disclosed.  This included information related to: (i) sovereignty, strategic, scientific or economic interests of India, foreign relations, or the incitement of an offence; and (ii) proceedings of the Council of Ministers.  However, when the Bill was passed by Rajya Sabha, these amendments were not moved as the discussion took place on the last day of the 15thLok Sabha.[2]

Under the Whistleblowers Protection Act, 2014, any person may make a public interest disclosure against a public servant.  Such disclosures are made before a Competent Authority.  The Act specifies the Competent Authority for each category of public servant.  For example, it would be the Prime Minister for a Union Minister; Speaker/ Chairman for Members of Parliament; the Chief Justice of the High Court for district court judges, the Central or State Vigilance Commission for government servants.

The Bill amends the Act to prohibit the disclosure of 10 categories of information to a Competent Authority.  The table below compares the provisions of the Bill with the Act.

The Whistleblower Protection Act, 2014 was enacted to enable any person to disclose to a Competent Authority, acts of corruption or wilful misuse of power or discretion, or criminal offences by a public servant.  The Competent Authority is the Prime Minister or Chief Minister in the case of Ministers, the Speaker or Chairman for Members of Parliament or state legislatures, the Chief Justice of the High Court for district court judges, and the Central or State Vigilance Commission for government servants.

The Bill amends this provision to prohibit a person from disclosing information related to corruption by public servants if it falls under 10 categories.  These categories include information related to sovereignty, scientific, economic interests and security of India, proceedings of the Council of Ministers, breach of privilege of legislatures, intellectual property, an investigation process, etc.

Purpose of the RTI Act differs from the Whistleblowers Act

The Statement of Objects and Reasons of the 2015 Bill states that the prohibited categories have been modelled on the 10 categories of information that cannot be revealed under the Right to Information (RTI) Act, 2005.[3]  However, this comparison may not be appropriate.  The purpose of the RTI Act is to make information with public authorities accessible to all citizens in order to promote transparency and accountability.[4]  There may be circumstances where it may not be desirable for public institutions to reveal all types of information to citizens.

In contrast, the Whistleblowers Act provides for corruption related information to be given by an individual to a Competent Authority.  The Competent Authority, in all cases, is a high level Constitutional or statutory authority.  This information is not made public and the inquiry into the allegation is required to be discreet, with the identity of the complainant, public servant, and related documents being kept secret.

It may be noted that the RTI Act permits the relevant public authority to disclose information: (i) that falls under the 10 categories of prohibited information in the Act, and (ii) information prohibited under the Official Secrets Act 1923, if the public interest in revealing information outweighs the harm done to protected interests.  Further, while the Act excludes 22 security and intelligence organisations from its purview, any information related to allegations of corruption must be provided.  Also, the Act allows a two stage process to appeal against a decision to withhold requested information.  The Whistleblower (Amendment) Bill 2015 does not have such provisions.

The Statement of Objects and Reasons of the Bill states that at the time of the passage of the Whistleblowers Protection Act 2014, the government had circulated certain amendments.[5]  However, as the Bill was taken up for discussion on the last day of the 15thLok Sabha, the amendments were not moved.  The 2015 Bill now seeks to carry forward those amendments.

The 2013 proposed amendments prohibited only two categories of information from being disclosed under the Act: (i) that related to sovereignty, strategic, scientific or economic interests of India, foreign relations, or the incitement of an offence; and (ii) proceedings of the Council of Ministers.  However, the 2015 Bill prohibits the disclosure of 10 categories of information.

The Bill states that if the Competent Authority receives a public interest disclosure that falls under any of the 10 prohibited categories of information, he will refer it to a government authorised authority.  This authority will decide whether the disclosure contains any information that is prohibited under the Bill.  This decision will be binding on the Competent Authority.

However, the Bill is silent on the minimum qualifications or designation of the government authority.  The independence of this authority may be at risk if the authority is junior in rank to the public servant against whom the disclosure is made.

[2].  Rajya Sabha Official Debates, February 21, 2014.  Any amendments made by Rajya Sabha would have necessitated sending the Bill back to Lok Sabha.  Given that Lok Sabha was holding its last sitting that day, the Bill would have lapsed.