The Standing Committee on Finance tabled the report on Insolvency and Bankruptcy Code (Second Amendment) Bill 2019 in both Lok Sabha and Rajya Sabha. The report had dissent notes from three Members on the provision for homebuyers. Under the Bill, homebuyers can initiate insolvency proceedings against builders only if the resolution application is jointly filed by at least 10% of homebuyers on the same project or 100 of them.

Also from the Committee report:

The Bill empowers the resolution professional to require suppliers to continue providing critical goods and services, provided all current dues are paid. The Committee recommended that this clause be deleted. It noted that this might result in overregulation of suppliers, particularly MSME suppliers. Instead, the Committee recommended the process of delegated legislation through formulation of rules by the Insolvency and Bankruptcy Board of India.

The Committee agreed with the Bill’s proposal to grant immunity to the corporate debtor from prior offences. It noted that, “...this ring-fencing is essential to achieve revival or resolution without imposing additional liabilities on the Resolution Applicant.”

Read our analysis of the Insolvency and Bankruptcy Code (Second Amendment) Bill 2019.

In Lok Sabha, the Direct Tax Vivad Se Vishwas Bill, 2020 was passed with amendments. The Indian Institutes of Information Technology Laws (Amendment) Bill, 2020 was also introduced before adjourning for the day.

Separately, the Supreme Court lifted the RBI ban on trading in cryptocurrency today. The government had introduced a draft Bill banning all cryptocurrencies in 2019. Different countries have adopted different regulatory frameworks with respect to cryptocurrencies.  Some countries have permitted their use as a payment system while there is a complete ban in some others. Read our blog to understand the proposed legislation. 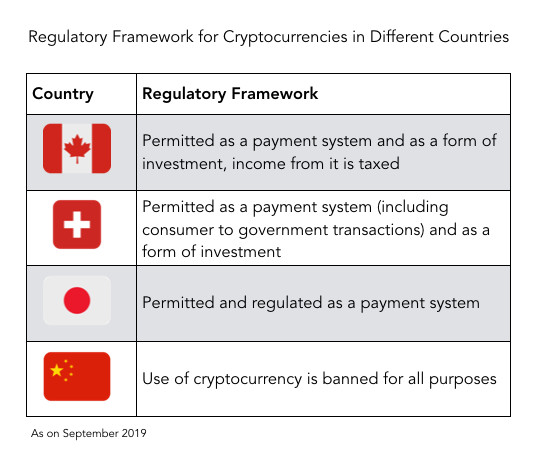